It’s a perfect strategy for every infectious “bug” as well as those “Not-Living-Can’t Kill” viruses.

It contains “Targeted-Nutritional-Components” that can get the job done…before, during, and after any infectious exposure!

Listen to our HealthQuest Radio podcasts: “One Strategy for Every Infection” and “Gearing Up for Something Great” for an-depth look at the these crucial supplements to keep you healthy, this cold and flu season.

How to Diagnose Your Health Thru Your Nails

Fingernails are made of the same tissue found in the skin and hair… It’s a protein called keratin.

Some of what we see in fingernails can actually precede typical manifestations of an underlying developing disease.

The speed of growth might indicate the current health status of the individual.

Toenails: grow at 1/4 the speed as fingernails… 12 to 18 months to regrow completely.

Horizontal ridges = Major health challenge… Singular Deeper ridge, signifies the time on the calendar… That it happened. (bottom, near the cuticle, means more recent) … (Six months to fully grow out).

Finger clubbing/with the nail following the curvature… Could be a sign of an inflammatory bowel disease/cardiovascular disease/certain lung diseases… Also observed in AIDS patients.

Forensic science looks at nails too:

Calorie restriction improves metabolic and immune responses that help determine both how long a person lives and how many years of good health they enjoy, a new study shows.

The new study used data gathered by Pennington Biomedical’s CALERIE 2 (Comprehensive Assessment of the Long-Term Effects of Reducing Intake of Energy), the longest-running calorie restriction trial in humans. The new study is published in the journal Science.

The study found that people who cut their calorie intake by about 14 percent over two years generated more T cells, which play a key role in immune function and slow the aging process.

In addition to improving immunity, an increase in T cells is associated with an improved ability to burn stores of fatty acids for energy, Dr. Ravussin said. That’s important because if a person doesn’t burn this fuel, the fat may build up in organs such as the muscle and liver, leading to insulin resistance, obesity, type 2 diabetes, and aging.

The study had another important finding: a potential treatment to reduce age-related inflammation and improve metabolic health.

Studies have shown that restricting calories by 40 percent in rodents extended their lives. But there were tradeoffs in growth, reproduction, and immunity.

“If researchers can find a way to harness PLA2G7, they could create a treatment to extend a person’s health span, the time an individual experiences good health,” said Pennington Biomedical Executive Director John Kirwan, Ph.D. 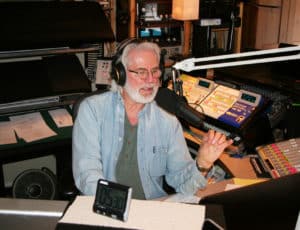 From Submarines to Birch Trees

Scandinavian countries in the Northland are now left starving, for lack of food.

Every ship that was sunk by the German U-boats, left countries like Finland, Iceland, Norway, Sweden and Denmark more vulnerable with each passing day.

Those living in the country of Finland sought to find replacements for the terrible shortage of their most basic life-sustaining staples.

In their urgent search, they were led to the large birch forests that carpeted the landscape.

They discovered a remarkable sugar found in the bark of the birch trees.

Not only did this newly-discovered sweetener, known as Xylitol, suffice as a sugar replacement, many other remarkable medicinal attributes were discovered with Xylitol over the years to follow.

These attributes, these later discoveries of this natural sugar, Xylitol, has now become a “present-day” therapeutic compound.

It can help lower the risks of three of today’s most common deadly diseases, not to mention the therapeutic-connection between Xylitol / infectious diseases and infections . . . per se.

And, when I think of all the “useless” information coming at us through our “Life’s-Windshields” every day, this is one item… this one critically-important therapeutic compound, Xylitol, needs to be included in your (what I call) “Lifelong” … “Live-long” Daily supplementation routine!

We’re going to learn today, how utilizing something so safe, so natural, so effective as Xylitol and how it can become a “main-stay” helping to prevent and protect all of us as a true “post-war” ally, for sure!

Smelling the fragrance of Rosemary has been linked to memory improvement…

Some 75% increase for some.

It turns out that there are compounds in rosemary oil that may be responsible for improvements in memory performance.

One of them is called 1,8-cin-e-ole – and it may act in the same way as the drugs licensed to treat dementia, causing an increase in a neurotransmitter called acetylcholine…..causing better cellular communication….linking thoughts, between cells for retrieval….ie memory retention…etc.

Home experiment in the making?

Read the latest health news on the coronavirus “New York Hospitals Treating Coronavirus Patients with Vitamin C” and “How to Use Vitamin C During Illness.”

See our handouts on Flu Fighting Foods and Sunny C-1000. Keep your immune system strong all year long with Dr. K’s Vitamin D3 Dosage Chart. You’ll be ready for cold and flu season with appropriate dosages for every month of the year. Check out our Vitamin C Handout for a comprehensive look at the best Vitamin C you can buy, our Sunny C 1000. Call our HealthQuest Radio Hotline at 800-794-1855 to order our D3 vitamin and Sunny C 1000 supplements.

Tune in every Saturday for our HealthQuest Radio show at 11:00 am on AM560 The Answer . . . Chicagoland radio right here in the Fox Valley. A variety of special guests are featured including medical and healthcare professionals, authors, and even our own patients who share their personal testimonials with our listeners. Our show topics include current health issues and lifestyle strategies as well as opportunities to call into our show. Become part of our HealthQuest family…it’s easier than you think!
Request an Appointment
Quest for Health Clinic
Go to Top